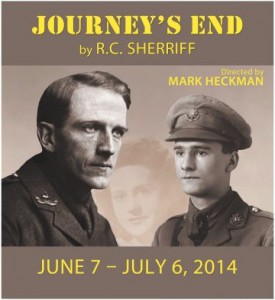 Sherriff’s study in war abandons the notions of ‘war’ that echo in hometown newsprint or the mouths of politicians in favor of the War lived by those like him who fought. END_OF_DOCUMENT_TOKEN_TO_BE_REPLACED