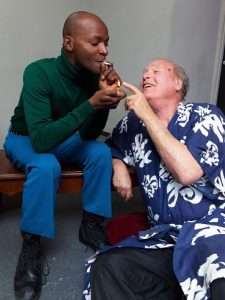 Director Janis Stevens has worked as both an actress and director in theatres nationally and internationally.  She won the Elly Award for her direction of Love, Isadora at CalStage.  She directed the American Stage Company production of Sex With Strangers, which was nominated by Theatre Tampa Bay. She is a Capital Stage Artistic Associate and received Sacramento’s Elly Award for Lifetime Achievement in 2015. END_OF_DOCUMENT_TOKEN_TO_BE_REPLACED