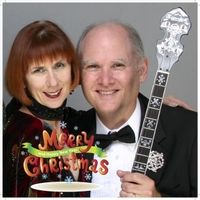 Shelley Burns has been performing professionally virtually all of her life and is regarded as one of the premier jazz vocalists on the west coast. Her recordings have been heard on jazz radio stations across the nation, and she has appeared at many jazz festivals in the U.S, as well as in Scotland and Canada.

She is also a marvelous comedic actress and has often been compared to Carol Burnett and Imogene Coca. Like them, she can fracture an audience with laughter, or mesmerize them with a beautiful song.

Shelley performs on the Social Distance Stage on May 22, 8:00PM — One Night ONLY!