Live Music in the Courtyard! 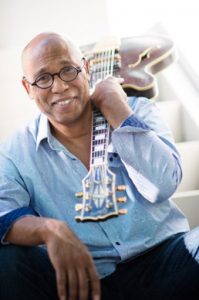 Henry Robinett is a great jazz guitarist who plays a variety of, mostly, improvised music. Some of his greatest pieces will be played on Saturday night!  Henry also writes music, and owns and operates a recording studio.  Henry is a college professor and teaches at The University of the Pacific and Cosumnes River College and presently at various star prisons in Northern California.

His band, The Henry Robinett Group continues to be the major creative Jazz sound in Sacramento.

Henry Robinett and his band performs on the Social Distance Stage under the stars May 15th, 8-10pm.