Condon’s Axis Sally tells the harrowing story of Mildred Gillars, known to American troops during WWII as the subversive, sweet-talking Nazi radio personality Axis Sally. Audiences will delve into questions about the play, its leading lady, and her trial for treason during the two readings held in the California Stage Theater Saturday, February 28th at 2pm and Sunday, March 1st at 5pm. Tickets are $10 general admission: $5 students, seniors and SARTA members. Call 916 451-5822 for tickets.

Condon joins California Stage after an illustrious career of provoking and enlightening California audiences with his controversial theatrical productions. From The Chicago Conspiracy Trial to Rap Master Ronnie, Condon has long focused on famous and infamous figures of national and international politics in his work. Audiences have also enjoyed Condon’s work as a director at such venues as the Odyssey Theatre, El Teatro Campesino, the Mark Taper Forum, and others.

California Stage is happy to have Condon working with us this season! 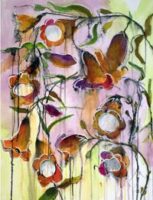