This workshop is now sold out. Ms Stevens conducts them periodically, so be sure to sign up early!

Janis Stevens will conduct a “Scene Workshop Intensive” at the R Street Arts Complex, 25th and R Streets, on Sunday nights for 10 weeks from 6:30-9:30 pm each night. Cost is $275.00 for all 10 weeks and the class size is maximum of 12 students. (Five slots have already been taken.) BEGINS OCT 1st!

Scenes will be assigned by Ms Stevens. Coaching and direction will be based  on the tools of Stanislavski and Focus will also be given to “external skills” (vocal and physical expressiveness).

Janis is well-known in Sacramento for the many roles she has played with various theatres throughout the area as well as receiving much acclaim for the productions she has directed at Capital Stage, California Stage and the Sacramento Theatre Company. She received the Elly’s Lifetime Achievement Award in 2015 and has been an Adjunct Professor of Theatre Arts at American River College since 2003.

I have studied with such world-class professional trainers as Lee Strasberg and can say without a doubt that Janis Stevens teaches on their level — she can get results. An actor I had worked with had difficulty with truthful reactions… his early training left him weak in sustaining believability. Janis worked with him and he had a major breakthrough — he found the keys to building and maintaining strong characters that he could be proud of.
— Ray Tatar, Artistic Director, California Stage Theater Creations

Janis Stevens is a consummate theatre artist and brings a wealth of knowledge and skill to the workshop setting. What is significant in her work as a teacher, a director, and an actor, is her specificity and attention to the detail. The work is always grounded in the text. The tools she shares, the coaching she so generously gives, the technique she teaches for character/scene work is clearly articulated and invaluable to an actor at any level. You will leave her class with powerful and useful tools for character development that you will come back to every time you approach a role.
— Gail Dartez, Co-Artistic Director, Big Idea Theatre
Adjunct Professor of Theatre, Cosumnes River College
Professional Actor, Director

Because I was familiar with Janis’ Stevens work (both acting and directing), I was greatly looking forward to being taught by her, and I wasn’t disappointed. Besides brightening local theater with her skills and stage presence, Janis is a patient, nurturing teacher. I highly recommend this class for anyone who is either serious about acting as a career or simply enjoys it as a hobby, but wants to get more out of it. I’m very grateful this class is available. Thanks so much, Janis, for your wisdom and guidance. This class has definitely been one of my “Theatrical Cloud Nine” moments. Thanks so much, Ray Tatar, for offering this. It will benefit many.
— Adriana Marmo

I’ve been working on my craft for 36 years and I’ve yet to find a more effective, exciting and supportive coach, director, instructor and all-around great advisor than Janis Stevens. Scene study doesn’t get any better than this!
— Nate Rangel SAG/AFTRA member 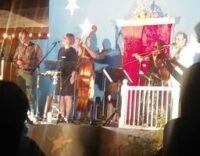 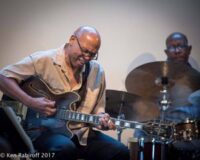 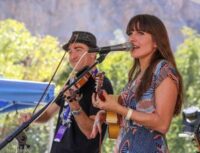 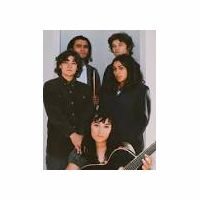